Bavaria is renowned for giving the world Oktoberfest as well as the traditional garb; Lederhosen. Today Lederhosen are worn not just by the Bavarian locals but by people all over the world whenever Oktoberfest rolls around. Tourists who make the journey to Munich to celebrate the world’s largest beer festival often look forward to wearing Lederhosen to experience the Bavarian culture in a whole new aspect.

But how did Lederhosen gain so much popularity? How were they invented to begin with and what is their connection with Oktoberfest? These are important questions that you need to know the answers to if you are going to attend Oktoberfest. After all, the Weisn is so much more than just an occasion to drink. It is a huge part of the Bavarian culture and knowing the history behind the event as well as the traditional clothing that goes along with it is imperative to gain a better understanding of culture they both stem from. So let’s take a look at the Bavarian roots of Oktoberfest and Lederhosen. 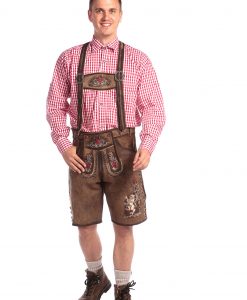 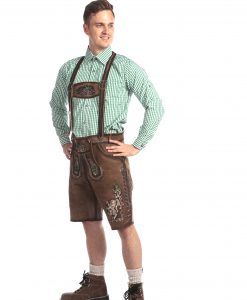 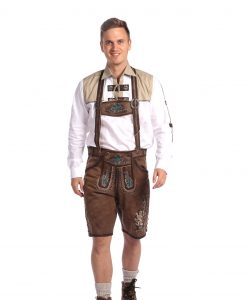 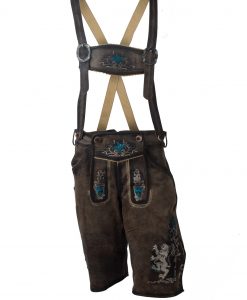 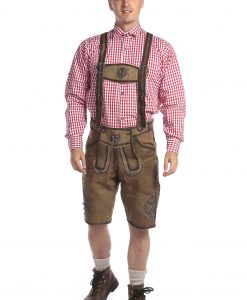 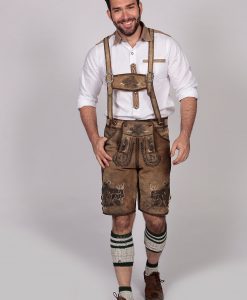 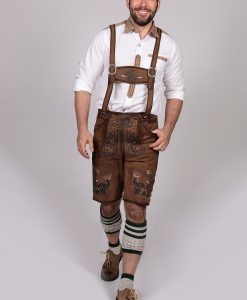 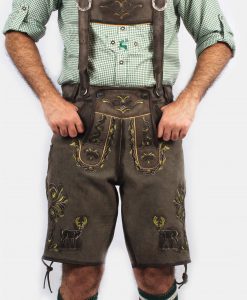 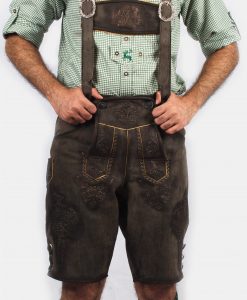 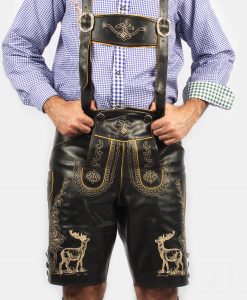 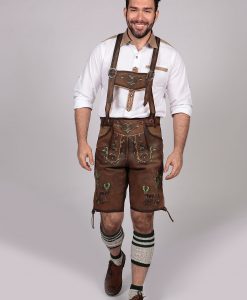 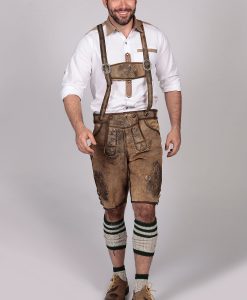 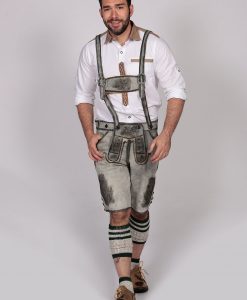 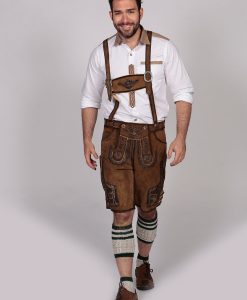 The Origin of Lederhosen

The German Lederhosen can be traced back to peasant class of the 18th century. Both the Lederhosen and dirndl dress were working garments for the peasants of Europe, and especially Germany and Austria. The original Lederhosen were simply leather trousers made from low quality leather, worn for their comfort and flexibility. However, it was in Bavaria that a unique style of the Lederhosen was developed, which incorporated the front flap that is so iconic to the clothing today.

It was this style of Lederhosen that was adopted by the noble class of Bavaria in the Rococo period of the 18th century. The noblemen decided to emulate the lifestyle of the peasant class and started wearing Lederhosen made from finer quality leather. This gave rise to the dominant form of authentic Lederhosen we see today.

It was in October of 1810 that King Ludwig I decided to wed Princess Therese. The Bavarian locals showed up in great numbers, dressed in the traditional Lederhosen. The wedding was a grand affair with frivolous celebrations taking place among the locals. There was singing, dancing and beer; the fundamental elements of Oktoberfest today.

The celebrations were such a huge success that the locals decided to repeat them the next year as well as the year after that. Soon, these celebrations became an annual gathering of people all of whom were drinking, singing and dancing. As such, Oktoberfest was born which continues to this day. In fact, last year’s Oktoberfest was the largest ever with over 7.7 million people attending the event!

Culture of Lederhosen and Oktoberfest

Now, Lederhosen and Oktoberfest go hand in hand as the pillars of Bavarian culture. You can find plenty of Lederhosen for sale, both in retail stores in Bavaria  as well as online on e-stores such as the Lederhosen Store that sell authentic Lederhosen to people planning to visit Oktoberfest.

Attending this cultural celebration dressed in the traditional clothing is how people pay homage to the original pioneers of Oktoberfest and Lederhosen, as well as keeps the tradition alive that has been a part of Bavaria for generations now. In fact, the locals of Munich place great importance in wearing fine quality Lederhosen since it is the best way to show respect and appreciation for the Bavarian culture.

Now that you are aware of the interesting history of Oktoberfest and Lederhosen, you can appreciate the event on a deeper level and make friends with the locals by showing off your knowledge about their cultural history and traditions. 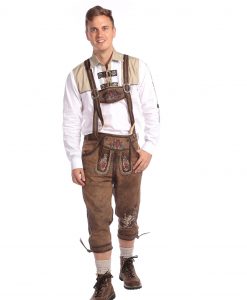 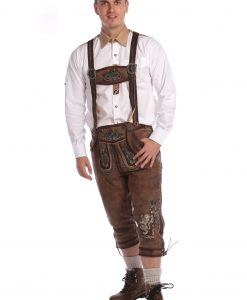 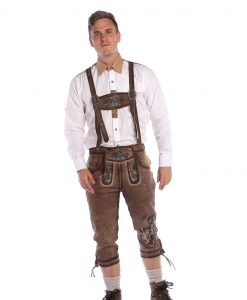 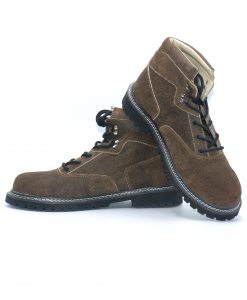 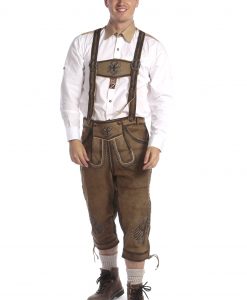 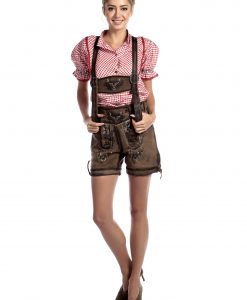 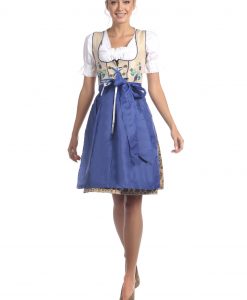 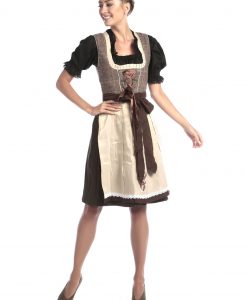 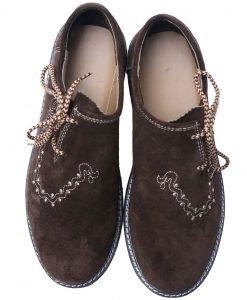 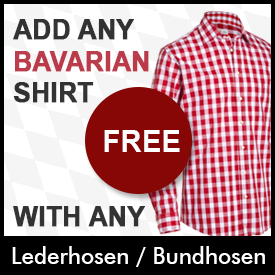 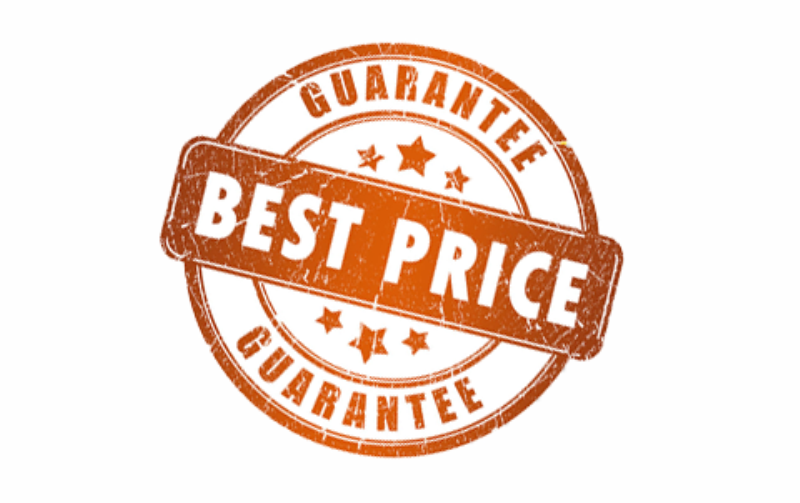 Bought by Paulette from Brier, United States (US)
Total order for $68.00
about 1 day ago

Bought by Hope from Greenwood, United States (US)
Total order for $93.00
about 2 days ago

Bought by Simon from Jacksonville, United States (US)
Total order for $108.00
about 3 days ago